Selling with words on the web: a copywriter’s confession 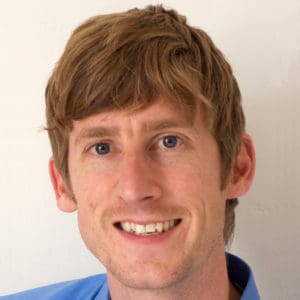 This guest post was written by copywriter Jon Ryder of Fullstopnewparagraph. He’s been in the writing business for 15 years, but once did a week’s work experience in a shoe shop. He didn’t sell a single pair.

“What words sell, and what words don’t?”

Truth is, it’s impossible to say. I’m a copywriter, so you’d think this kind of thing would be right up my alley, But it’s just too difficult. Take this example: ‘Free’ is a fantastic word for selling, but a bit misleading if your product costs half a million quid. There’s no one-word-fits-all, unfortunately.

So instead of doing what I was asked, here’s a different question: what does it mean to have ‘words that sell’?

But with good online copywriting, that’s the whole point. Words don’t just say stuff; they are active, powerful things. They don’t just passively convey a message. Instead, they work really hard for their owners, which normally means persuading readers to spend their money.

Perhaps not an earth-shattering point, but hopefully with the following clumsy analogy, I’ll explain why this is really important. It’s the usual website-as-shop idea, but with a cheeky twist.

Basically, think of your words as your sales assistant, working in your website shop. It doesn’t matter if you’re B2B, B2C or the BBC – it’ll make sense whatever your audience.

Let’s say a talented web designer has created a lovely ‘shop’ for you, where all your gizmos are displayed gloriously on well-lit shelves, there’s no irritating muzak, and everything is clearly labelled so customers can find exactly what they want. Perfect.

But hang on. As soon as potential buyers arrive at this place, there’s a sales assistant screaming at them. He’s practically incoherent, rambling on about how long the shop’s been ‘established’, babbling in jargon, and chanting his company’s ‘mission statement’ every other sentence.

No matter how nice your shop looks, and no matter how alluring your gizmos are, nobody’s going to buy from that idiot. He’s basically scaring all your customers away.

Getting rid of the idiot

What your shop really needs is someone at the other end of the scale: someone friendly, welcoming, and helpful. Someone who is well-spoken but not officious, who tells customers what they want to know, but doesn’t bang on and on about it.

Someone who’s persuasive and gives subtle words of encouragement, but isn’t a bore, a chatterbox or a gossip. Customers need to like them, but ultimately, they’re there to buy, not listen to a lengthy description of the company’s heritage, or a vitriolic attack on their competitors.

This metaphor could be stretched to breaking point, but you get the idea. Too many websites have text that is irrelevant, misleading, hopelessly complicated or just horrible to read. And those websites don’t sell.

Thankfully, the alternative is easy. Hire an online sales assistant with the gift of the gab, and give your customers the shopping experience they deserve – speak to them nicely.