Who did we help?

City YMCA in London is a charity that was set up 40 years ago to support and help young people build a future by providing a range of services so they can make informed choices. Its main focus is providing supported housing for 16-24 year olds and various youth projects that help young people learn life skills. It has a vision of a world where young people are equipped to create a future of their own choosing.

The MD of Padua Communications was a trustee of City YMCA, providing the charity with ongoing communications consultancy on a pro bono basis. Following the notification that the charity’s peppercorn lease was not to be renewed on its largest hostel in Barbican, a PR campaign was put in place to announce the closure. The hostel provided accommodation for 255 young people that are students or low paid key workers in the area.

Why did they need us?

The aim of the media campaign was to inform and educate the local public and the tenants about the closure. A proactive stance was taken to ensure the charity managed and controlled the potential backlash of negative stories, due to redundancies and young people being made homeless. With limited resources, a difficult subject matter and little experience, City YMCA required a fast, easy to understand crash course in media relations. Padua Communications provided clear consultancy, focused strategy and worked with the team at City YMCA to ensure a seamless implementation, in a campaign that brought the issue and the need for additional support to the attention of other partnership agencies and charities.

What did we do?

Padua Communications provided an array of support services and activities to raise the awareness of the hostel’s closure. These included consultancy, training, writing and selling in press releases, media outreach and media monitoring. It also worked with the company’s spokespeople providing them with adequate media training to prepare for controversial questions due to the topic’s sensitive nature. A photo shoot using a student photographer was also organised in alignment with National Homeless Week, to raise awareness of the students’ plight and so images could be used alongside press releases. Padua Communications compiled a press list which included key titles from London’s regional media (print and broadcast) and those relating to young people.

What was the result?

Padua Communications’ work resulted in various pieces of high profile print, broadcast and online coverage. The CEO of City YMCA Gillian Bowen was interviewed on ITV London News (see below) and the story was mentioned on BBC Breakfast.

A trustee from the charity was interviewed by Paul Ross and Gaby Roslin on BBC London 94.9 Breakfast show. The story was successful in gaining coverage in the key regional print titles including the front page of the Islington Gazette. Coverage also appeared in the Islington Tribune and Evening Standard. City YMCA integrated the media interest and coverage into its social media activity. As a result of the campaign, partner agencies got in contact with City YMCA to provide support along with other YMCAs who, prior to the coverage, were unaware of the closure. 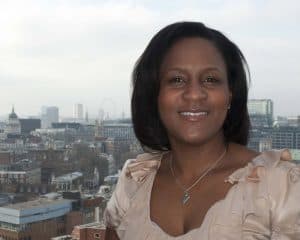 “Padua Communications provided City YMCA London with the platform to better engage with the general public. We had specific expert support for devising our communication campaign including the use of varied social media networks. This included training (social and broadcast) and coaching for the CEO.

Padua Communications facilitated City YMCA to undertake a real step-change in our profiling performance. Nicky was wonderful to work with – she was attentive, insightful and strategic in her approach. Given the complex subject matter, Padua Communications helped make the experience a positive one”
Gillian Bowen, City YMCA CEO

Building credibility and authority for a rebranded IT apprentice company

Our content wins £200,000 of new business for retail client