6 tips on how to get your voice heard

By Ann Wright
Filed in PR 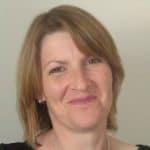 Our guest blog this week is from Ann Wright of Rough House who shares her 6 tips on how to get your voice heard.

If a company or organisation wants its views to be taken seriously and to increase its influence over events, then an excellent way is for its senior team to be quoted in the press, or interviewed on television or radio as ‘experts.’

Let me give you a couple of recent examples:

1. High street sales are down for the fifth quarter in a row.  A retail analyst is interviewed on the Today programme about the reasons for this and its implications. An excerpt from that interview is repeated on Radio Four throughout the day.

2. The Education Secretary announces that GCSEs are going to be reformed. A business organisation is asked to join a debate on Newsnight about whether the changes will equip students better for the world of work.

In each case, dozens of companies, charities or thinktanks could have been asked to contribute as experts.

Why does a journalist choose to ask one particular interviewee for their views rather than another?

Below are some key mistakes that potential spokespeople – and their companies and organisations – make.   All mean that press never call when there’s a story in their field of expertise. 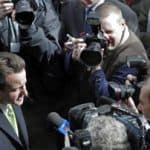 1. They don’t know they exist! It’s all very well having interesting or controversial views on a particular topic, but if journalists don’t know you exist, then they won’t beat a path to your door.

What to do: Make sure the key journalists covering your specialism – and newsdesks – know about you

2. They can’t get in contact with you The journalists may have heard that your company or organisation represents a particular sector, but when they go online to find you, you are invisible – they can’t find your website, or your Twitter stream, or your Facebook page. And when they do find you, the links to the media team’s details aren’t on the homepage.

What to do: Make it easy for the journalist. When you’re Googled, your website must come up, and the names and numbers for your media team must be easy to find. And don’t just have an anonymous email contact box – a surefire way for a journalist to go back to Google!

3. You don’t call them back A journalist contacts your press team for a comment.  They’re on a deadline of this afternoon.  Your press office is on voicemail and doesn’t call back within a few minutes. The journalist calls someone else.

What to do: Make sure that if a journalist wants an interview or comment, you call back quickly and respond in time for them to meet their deadline.

4. You say no A journalist calls you for the first time. You’re third on her list of potential contributors and no-one else is in. You answer the phone, but are just about to go out to the cinema, so you say you can’t talk. She then calls the fourth on her list, and never calls back.

What to do: Remember you only have one shot. Make sure you are happy to talk, no matter how inconvenient – especially if it your first media opportunity, when you’ll be essentially proving that you’re worth talking to, and ‘auditioning’ for the role of regular expert. Once you’re established as a regular contributor, you might occasionally be able to turn down opportunities, but even then, if you consistently refuse, eventually the journalists will give up calling.

5. You’re inflexible ‘We need someone to do a phone interview on our drivetime programme at 6.15pm’ – ‘Can’t do that, I’ll be driving home from work’; ‘It’s BBC Breakfast, we need someone in the studio by 5.30am to discuss the changes to VAT on our early morning business slot.’ ‘Really sorry, can’t do that, I’ve got an early meeting.’ ‘Can you just give me a quick comment about what businesses think of the budget? My deadline’s half an hour.’ ‘Sorry – I’m tied up for the next hour.’ You get the picture.

What to do: See no. 4. Be available. Be prepared to change your plans. No matter how inconvenient.

6. You don’t have anything to say If you don’t give good value, there’s no point in you being interviewed. If you just sit on the fence about key issues, or speak in generalities, or avoid commenting on controversial points, then the journalist won’t ask you back a second time. So, the government is reducing the funding for the rehabilitation of injured soldiers, the journalists might go to Help for Heroes or the Royal British Legion, or SSAFA or the Soldiers Charity, or any number of other military charities for their opinion. The charity which says ‘no, we’re not prepared to comment on political issues’ won’t be quoted, while the one that says ‘this is outrageous, the government is breaking its covenant with the military, the long-term effect of this will be xyz’ is the one that gets its name in the news.

What to do: If you want to be regarded as an expert commentator, you have to be prepared to show your expertise & to have some opinions. If you’re authoritative, interesting, controversial, funny, ‘a good talker’, then you’ll be asked back. Again and again and again.

So there are six ‘what not to dos’ – plus six ‘what to dos’. All of which will help to increase the visibility of your organisation, putting its views into the public domain, and giving them more weight and you have more influence.

Posted in PR
Scroll To Top